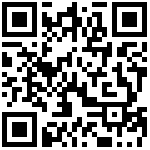 The presidential elections are a bit over a year away. It’s time to start paying attention to the options facing us.

Here is the guy I’m most interested in at this point. If you want smaller government and less government intervention in our lives, this guy’s already had LOTS of practice doing the “right” thing in his two terms as Governor of New Mexico. He cut the 10 percent annual growth his state budget had been experiencing in half. He vetoed 750 bills, a third of them Republican, privatized government services and trimmed public-sector employee rosters. He lowered taxes and still exited out of his term limited service with a tidy budget surplus. Compare that to his successor who immediately increased the size of the state government by 4500 employees at a cost of ~2 million dollars.

Watch the video. I’ve seen it a couple times. I LIKE this guy, what he’s done and most of what he stands for.  It doesn’t hurt that the guys interviewing Johnson are Reason contributors whom I admire.