OMGosh, the climate change alarmists have just gotten more ridiculous. Here’s the problem as I see it. Because those who knew the global cooling/warming/climate change science was massively flakey didn’t have a platform to express their horror/dismay/disbelief at the complete crap going into reports like the one produced by Michael Mann, the IPCC and other […] Advice to live by

OMGosh! I LOVE Jordan B. Peterson. I wish more professors were this quality. He is the antithesis of snowflake! I found a lot of value in this particular video, the Peterson edition in Evan Carmichael’s top ten series. I will be watching this video over. I think it’s just that valuable. I think it will […] 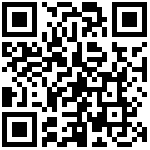 by admin
Categories: Wising up
Tags: No Tags
Comments: Comments Off

As those of us who understand human nature, have studied history and follow world events know, the current liberal mindset is pretty darned clueless. They believe what they believe because they can’t accept a world that doesn’t bow to their disconnected-from-reality ideology. They haven’t studied socialism (they largely haven’t studied history at all), haven’t read […] Having health care is not a milestone

I signed up for Apple Care, our state’s health care exchange. Until  now I’ve paid for my health care out of pocket and that has worked wonderfully well for me. I’d like to continue to do that and have a high deductible policy that covered me in case of disaster but that’s not available to […] Obama’s press secretary is on record saying Congress is afraid of the NRA.  Silliness.  It’s we’re the government and we’re here to help trying to sway public opinion and walk on our freedoms. It’s time we began recognizing and decrying this for what it is. It isn’t “control the masses”, though it could be. It […] 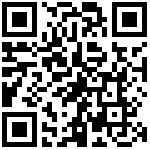 Apparently Bernie Sanders is advocating a free bachelor’s degree for all and someone on Laissez Faire Capitalism posted a mocking cartoon.  I took exception to Bernie Sanders’ socialistic thinking and posted this: This is so interesting. It speaks to a complete failure to understand economics and the mechanics of supply and demand. The question regarding […] Something jerked my chain recently. In 2 months Terry and I will be celebrating our 40th wedding anniversary. Throughout our marriage we’ve dealt with PTSD made worse by a dysfunctional childhood. I don’t tell you this to garner either celebration or sympathy but to tell you I know what I’m talking about. On Facebook, someone […] On Facebook this morning was a post about a woman with brain cancer who got caught up in the whole Obamacare mess, lost her coverage and in the mess that ensued, died from lack of treatment.  There have been a number of things on Facebook lately that flipped my switch, this was just one.  Thus […] The up side of down

by admin
Categories: Feeding the Soul
Tags: No Tags
Comments: Comments Off