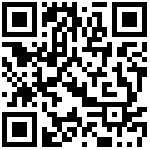 Why I support Judicial Watch

One of the foundations I support annually is Judicial Watch. They do really good things for our country and deserve every cent and more of the money I donate annually. This article is by Micah Morrison, chief investigative reporter for Judicial Watch.

Judicial Watch at the Supreme Court: Fighting for Clean Elections

Battles for clean elections are heating up around the country and Judicial Watch has long been a national leader in the fight. Recently we weighed in on a critical case now being considered by the Supreme Court. Its outcome could reshape elections in America for decades to come.

The case unfolds in the midst of a political battle that could render any decision by the Supreme Court largely moot. As Judicial Watch senior attorney Robert Popper recently wrote, House Resolution 1, rammed through the House of Representatives earlier this month by Democrats on a party line vote, “federalizes election law on a historically unprecedented scale, systematically impairs existing federal and state laws concerning election integrity, and imposes new burdens and restrictions on political speech and activity.”

But both sides are hunting bigger game in the high-stakes case: Section Two of the Voting Rights Act. Both sides see the case as an opening for the court to reshape Section Two. The standard set in the case will impact a wide array of hot-button state election issues around the nation, including redistricting, voter ID, mail-in ballots, same-day registration, proof required for registration, how much early voting is required, third-party collection of ballots, and when polls can close on election day.

The landmark 1965 Voting Rights Act was a frontal assault on racial discrimination in elections. Section Two bans any law that “results in a denial or abridgment” of the right to vote “on account of race.”

What results in a denial or abridgment of voting rights? It happens, Section Two says, when “the totality of circumstances” show that a racial minority has “less opportunities than other members of the electorate to participate in the political process and to elect representatives of their choice.”

The Arizona out-of-precinct law banned people from casting votes in precincts other than where they were registered to vote. The ballot harvesting regulation banned third parties such as paid political operatives and labor unions from going door-to-door to collect ballots.

A federal district court said the Arizona statutes are not discriminatory, upholding the laws.

On appeal, a panel of the Ninth Circuit Court of Appeals agreed with the district court: the Arizona laws were proper and not discriminatory.

But the liberally inclined full bench of the Ninth Circuit then took up the case and parted ways with their colleagues. They reversed the earlier rulings, saying that Arizona’s prohibitions on out-of-precinct voting and ballot harvesting were enacted with a discriminatory purpose and had discriminatory results—violations of Section Two.

The Supreme Court agreed to hear the case. In a friend-of-the-court brief filed by Judicial Watch and our friends at the Allied Education Foundation, we asked the High Court to reject the ruling of the full Ninth Circuit.

We noted that in the matter of out-of-precinct voting, the Democratic National Committee lawyers on the winning side in the Ninth Circuit case “utterly failed” to provide “any evidence” that the challenged voting procedures “caused minorities to have less opportunity to participate in the political process and to elect representatives of their choice.”

“Causation”—cause—is the key first step in determining a Section Two violation. The Ninth Circuit found no cause, no evidence, and moved right on to the emotionally charged second step in finding a violation: past racial discrimination and current socio-economic disparities.

But to move on to the second step of finding a Section Two violation, we note, the courts must “first find causation”—an entirely reasonable standard. “The Ninth Circuit erred,” we note, “when it proceeded to the next step of the Section Two analysis” [social and historical conditions] “…without first finding causation.”

In other words, there must be evidence that, in the Arizona case, the bans on out-of-precinct voting and ballot harvesting actually resulted in a minority having less opportunity to vote and elect representatives of its choice. But there was no evidence, we argue. Absent evidence of actual harm, it is unjust and improper to invoke social and historical comparisons.

The fundamental flaw in the Ninth Circuit ruling that out-of-precinct voting had a racially discriminatory impact, we note, is that the case provided “no statistical or non-statistical evidence showing (1) which candidates in local and state races in Arizona elections were preferred by minority voters; (2) the vote margins by which those minority preferred candidates were defeated; and (3) whether the number of minority-cast [out-of-precinct] votes, if cast, was sufficient to have caused the election to go in favor of the minority preferred candidate.”

Without this evidence, the case collapses.

Similarly, in the ballot harvesting issue, we note that evidence presented to the Ninth Circuit consisted almost entirely of anecdotal testimony that large amounts of ballots were collected from minority voters before the ban. The implication here being that after the ban, voting dropped. But we noted that “no evidence” was provided of “specific numbers of ballots cast with the type of assistance proscribed by” the Arizona bill. And, importantly, “no individual voter testified that these ballot-collection and delivery restrictions” made it more difficult to vote.

The Ninth Circuit ruling, we note, “pointed to no testimonial or documentary evidence comparing the numbers of early ballots delivered to election officials by third parties before and after the enactment” of the Arizona law. In addition, there was no showing in the case whether the ballot harvesting ban “caused minority-preferred candidates to lose elections.”

My main takeaway? Evidence matters, and the Ninth Circuit failed to consider it.

The broader issue? With the case now before the Supreme Court, the expansive, evidence-free Ninth Circuit interpretation of Section Two of the Voting Rights Act threatens to become the law of the land. Judicial Watch strongly supports election law that is race neutral. We do not support, as Judicial Watch Tom Fitton recently said, “the misuse of civil rights laws by leftist partisans to undermine election integrity measures.”

A ruling is expected in summer.