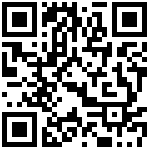 One of the biggest problems we have as a society is the failure of the citizenry to attach reality to theory.  In theory, if you take away all the guns, there would be no gun violence, but that’s wrong on so many levels.  Gun laws just cripple the law abiding.  This is such an obvious point I don’t understand why everyone doesn’t get it.

You can outlaw guns, but you can’t prevent guns from getting into the hands of those who wish to do evil.  Even if you could, you still couldn’t prevent those wishing to do evil from fulfilling their intended actions so what, exactly, is the point?  Evil will find a way.

I watched a video this morning by Bill Whittle on how operating only on theory has lead to some fairly large catastrophes.  He quoted William M. Briggs.  He said “The love of theory is the root of all evil.”  In relating it to politics and belief in anthropogenic global warming.  “Big elaborate theories are catnip to certain kinds of people . . . who are not so successful out in the practical world.”   Unfortunately, that perfectly describes many of our legislators, more specifically Krugman, Obama, Reid and Pelosi.

Take a couple minutes to watch the video.  I think Whittle nails it.

So back to gun control.  The ONE thing that would solve the gun control problem as demonstrated in Aurora Colorado this week would be to make it mandatory that EVERY adult citizen pass a gun safety course and carry a side arm when in public.  How would Holmes have behaved if he knew he would have been facing an audience of armed adults?  I bet he would have stayed home and a hundred people would not have faced life altering trauma.

This, ladies and gentlemen, is the difference between theory (taking away guns will fix the problem) and reality (arming everyone will prevent the problem).  Don’t believe me?  Check out this.

Gun laws don’t work because they take guns away from people who should have them and are completely unable to prevent guns from getting into the hands of those who shouldn’t have them.  The best solution is for everyone to have the ability to protect themselves.