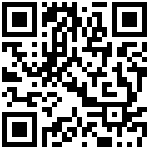 Obama’s press secretary is on record saying Congress is afraid of the NRA.  Silliness.  It’s we’re the government and we’re here to help trying to sway public opinion and walk on our freedoms.

We, as humans, are going to kill each other. If we don’t have guns we’ll use knives (don’t believe me, look at England). If knives are taken away, we’ll use sticks. If we don’t have sticks, rocks will do just fine. It isn’t the instrument used, it’s human nature.

The “we’re the government and we’re here to take care of you” crowd is trying to swim against the stream of human nature. It doesn’t matter how many times in whatever way they try it, it will fail and in the process it will reduce our freedoms and make our country weaker. Until we get to the root of that, we cannot change government.

One of the very best examples of human nature at work is welfare. Welfare was supposed to help. President Roosevelt (we’re the government and we’re here to help), with the aid of human nature, created a whole society of people dependent on the government. We as a nation are weaker as a result. Instead of poor houses and orphanages run by communities we have people living high on the public dime or stuck in a ditch from which they cannot climb. Welfare, the great disabler is at play thanks to the government and we as a nation are in debt as a result.

So, let’s not look to the government to make good decisions for us. They are blind to human nature and fail to take into account how human nature will play out when they enact something sweeping. If they should succeed in removing guns, they will make us as a society much weaker and less free, unable to defend ourselves from those who fail to respect the law. England and Australia may have a reduction in gun crime but they have an even greater rise in every other kind of crime. Human nature is, after all, human nature.