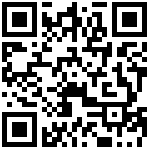 Where the news is

Over the last six months the way I get my news has changed.  I used to be a devotee of Fox, but the cancellation of Judge Napolitano’s Freedom Watch was the end of a slow change.

Napolitano’s show was the one I would watch faithfully.  Fox’s cancellation signaled a shift by Fox toward a more main stream media ideology.  In hindsight, I think Napolitano’s advocating for Ron Paul and Gary Johnson and his highlighting of corruption in government and the failure of our legislators to stay within the parameters of the Constitution and Bill of Rights factored into the show’s fate.  Napolitano spoke the unvarnished truth, something not very palatable for those with a big government preference or belief in the GOP’s status quo.

I announce my disaffection with Fox like it was a drop dead moment and it wasn’t.  Shep Smith’s broadcasts where slowly turning more socialist and pro government and when he came back after his illness/diagnosis, his broadcasts were increasingly angry, bitter and more slanted.  The news is grim enough without the festering overtones of an angry broadcaster and my life is stressful enough without adding to the burden.  So I stopped watching Shep.  That left me with Cavuto and Napolitano and, if I could find something to fill the time, Brett Baier.  When Napolitano’s show was cancelled, there was an awkward pause between the other shows I watched.  It didn’t take long before I stopped watching Fox regularly.  It no longer had the draw for me without Napolitano’s show in the lineup.  That was the piece that caused me to watch the other two if I had time.  Without the Napolitano draw, the Cavuto/Baeir bookends didn’t have enough appeal on their own to draw me to the TV.  Before long I stopped watching Fox altogether.  As Fox was the best of a bad lot, I wasn’t filling the gap with any of the other networks as what they presented was even more biased/slanted/filtered.  I was temporarily news-less.

So, where am I getting my news?  The same place others with internet access do, via a tailored RSS feed, news aggregate websites and the New Media.  I have a folder on my tool bar for Daily News.

Now that I get my news from many sources instead of one, I’m finding the news I’m getting is more fully rounded.  I’m also getting much of it three days faster.  Wadly will tell me about a story he saw on Fox and I’ll tell him I read it or saw a video on it three days before.   That tells me there’s a three day delay before Fox shares the story with its audience.  It occurred to me the days long delay is just long enough to make any viewing audience action moot.  By then, the story’s pretty much cold.  With a three day delay, how much effect would anything you do or say have?  In most cases, not much.

When you add to that all the news the main stream media doesn’t cover, stories big and small . . . all the Ron Paul rallies, the delegate fights, the stuff going on with climate change, the failure of wind farming, the crashing of the Euro, all the big and small Tea Party activities and the growing libertarian movement in young and old . . . it didn’t take long for me to understand the media was censoring what it wanted its audience to know.  And with the development of New Media, that’s becoming more and more apparent.  If you’re getting your news from the main stream media, have you even heard of New Media?  Do you know what it is and how it came about?  That, in itself, is pretty telling.

So if you’re relying on television news for your updates, you need to be aware your news is arriving late and is being filtered through the lens of the network.  Rather than support my case by giving you examples, I challenge you to spend a week comparing internet news to main stream media news.

And the beauty of getting the news over the internet is the flexibility with which it can be accessed.  I’m no longer stuck in front of the TV at a certain hour of the day to make sure I get my news.  On the internet, it’s there 24/7 and in much more detail, with many more viewpoints and opinions.  I can absorb as much of it as I have time/inclination.