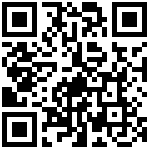 What’s in it for me?

by Nori
Categories: Feeding the Soul, Government, Politics, Wising up
Tags: No Tags
Comments: Comments Off

Are you a fully actualized citizen? You can determine your status by answering one question. When you reflect on the federal government and ponder “what’s in it for me”, what are your expectations? What is it you expect the government to do for you?

If you haven’t really studied government, how it was designed to work by our founders, how it works now, how the changes impacts the citizenry and the direction our country’s headed, you may not see the pitfalls before us. Let me give you just a little food for thought.

In my view, a fully actualized citizen is one who, when questioning the role of government and what they have to gain, thinks about the natural rights of liberty and property as defined by the Constitution and Bill of Rights. They know to get ahead they must work harder AND smarter, but they expect to be able to benefit from their efforts and sacrifice. They expect to bear the penalties of their mistakes. They have embraced their freedom and revel in it.

Someone who has not yet reached full maturity in their citizenship is someone very concerned about “fair”. Any benefit they could potentially receive by direct action of the government are perceived as rights to which they feel entitled . . . right to health care, right to a job, right to a house. The catch-word for this class of citizen is “fair”, I want my fair share, he has more than I do that’s not fair. They have no concept that “fair” is actually “fair and equal under the law”. It isn’t “you get the same”, it’s “you get treated the same”, a wholly different thing.

The only thing we are truly entitled to beyond the liberties and freedoms defined in the Constitution and Bill of rights is freedom of opportunity. Anything or anyone who reduces this right is negatively impacting your natural right to success as each of us defines it.

I read a really interesting article last week which resulted from the parasite woman in Boston wanting her birth control paid for by taxpayers. I posted the link to that article in a previous post. Sometimes things click and this morning the entitlement mentality, feminization of manly men and the dependency of women (see aforementioned article) all coalesced into a whole in my mind. Our country is made up of those who are philosophically women/children who want/need to be taken care of by others. These people don’t want to think for themselves or sacrifice/strive to the degree necessary to care for themselves. They are a sub-class of citizenry, the philosophically dependent.

Our country is also comprised of citizens who embrace our freedoms and celebrate the independence that goes with it. These citizens emulate our founding fathers in their desire for self-actualization. They work hard, they play hard, they sacrifice and suffer to achieve. They understand true freedom means being independent to succeed or fail. They understand failure isn’t the end, it’s just a lesson for what doesn’t work. They don’t turn to the government to fix their failure but retrench and start again. These are the advanced citizens.