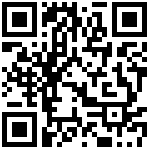 Something I read this morning sparked a thought.  We know me.  That’s always dangerous and often amusing in a “can you believe it” way.  This morning’s fireworks sparkler can be attributed to an article by IowaHawk on Breitbart on same sex marriage.  First, it’s the kind of writing I love, expressing obvious common sense with humor and wit.  That’s always a plus.  I love connect-the-dots writing, even if it’s dots I had connected only peripherally or subconsciously.  You know what I mean.  Somebody will say something and you have that momentary recognition of the truth or validity of what was said.

So this morning, in IowaHawk’s article he said “If there’s anything that gives me pause about SSM, it’s the thuggish tactics of some of its most vocal proponents. It’s hard to take a “human rights activist” seriously while he’s beating someone over the head with a “NOH8″ placard for holding the same position Barack Obama held until 5 minutes ago.”  And just that quickly and easily he summarized what had been bothering me about the same sex marriage argument AND pointed out the weather vane mentality of any movement’s sycophantic followers.

Read the article.  Tell me what you think.  Did IowaHawk nail it?  I think so.