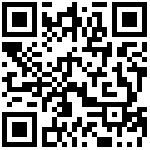 While this is actually the job of parents, mine didn’t do it and I know few of the teaming masses whose parents actually did instill fiscal and personal responsibility in their get.  Instead of learning how to manage a budget (and WHY you should HAVE a budget), how to save for a rainy day and retirement, how to stay out of trouble personally and legally, many of us had to learn at least a portion of that in the school of hard knocks.  If you haven’t attended that school, let me tell you, maturity and true adulthood comes only after this knowledge is fully assimilated.

There is currently a game called the “Game of Real Life” but it’s based on rolling dice, not on a “choose from this list of actions” personal decision making ideology.  I envision a computer based game that would let you make choices and your outcome (let’s assume the game lasts the length of a typical educational semester) at the end is based solely on the choices you made.  There needs to be an element of chaos in the algorithm because shit happens.  That thing did fall out of the sky, you did get rear ended and the windstorm did blow that tree into your house.  The game would encompass all the students in all the real life classes running for that semester so your “real life” activity would influence and be influenced by all the other students.

At the end you’d get a pass/fail based on attendance and participation.  The goal is to teach fiscal and personal responsibility, not score students based on how many karma points they acquired through the semester

I got off on a bit of a tangent.

Wadly and I are three years and two months away from having no mortgage.  When we bought this place we put a big chunk down and we’ve paid ahead every month we could.  The decision to do those two relatively responsible things has saved our butts twice.  If we can keep this up for the remaining three years and two months we will be rid of our last consumer credit bill.

The reason I tell you this is because of the problems in the housing market brought on by the machinations of James A. Johnson, CEO of Fannie Mae.  The housing market train wreck is explained in the new book Reckless Endangerment by Gretchen Morgenson and Joshua Rosner.

This rather rambling heads up is in part due to the governments’ creation of another panel to craft legislation to “fix” the housing market.  Haven’t they done enough already?