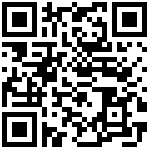 by Nori
Categories: Taxing the American Public
Tags: No Tags
Comments: Comments Off

I’ve become involved with the group supporting the bill to enact the Fair Tax Act, HR25.  The Fair Tax is a revenue neutral tax.  It doesn’t take in any more revenue, nor any less revenue than our current tax plan.  It just does it fairly.  The premise of the Fair Tax Act is it distributes the tax burden by taxing purchases, not income and it is truly not taxing the poor.  This is how it works.

When you get your paycheck or your dividend check or your pension check, you get all of it.  None is taken out for capital gains, payroll taxes, income taxes, social security . . . nothing removed.  At this point I should say, if your state has income tax, they’re gonna take a chunk but that’s subject to change as the Fair Tax is implemented.  More on that later.  So you get your check and it’s all there, every penny.  So how do you pay tax?  By buying things.  Thus, everybody pays.

But that means you and I will also get a prebate check to offset what we pay for necessities.  Pretty cool, eh?!  Rich people are going to get the same prebate.  I have no problem with that.  So what if for them it means they can take their household staff out to lunch once a month, fair is fair.  Remember, when the rich guys buys his new 10 room vacation condo in Florida, he’s going to pay 23% on that 2.8 million vacation abode and when he buys that new Porche Carrera he just can’t live without, he’s going to pay 23% on that very tidy chunk of change.  Fair IS fair.

So here’s what’s so awesome about the Fair Tax, other than it’s . . . er . . . FAIR.  It doesn’t matter whether you’re an illegal alien or an upstanding citizen, your still gonna pay the tax!  Brilliant!  If you want the prebate check every month and you aren’t here legally, you need to register.  How cool is that?!  Talk about killing two birds with one rock.

So lets get back to state income tax.  Remember I said some states have an income tax?  Well, if we can get the Fair Tax Act passed into law, states will most likely follow with a consumption tax instead of an income tax.  So instead of paying the state tax out of your paycheck you’ll pay it at the cash register at the same time you pay your federal tax.  No more IRS, no more filing forms every year, every quarter.  No more saving receipts and dreading April 15th.

There’s one more thing I should mention and that’s about purchases made by manufacturing and service companies, among others.  When a distributor sells to another company . . . say I make ball bearings and I sell to manufacturers who make overhead doors, the companies who buy my ball bearings don’t pay a consumption tax on the purchase.  It’s the end user who pays the tax when they buy the overhead doors.  And because businesses no longer pay capital gains, no longer have their ability to produce taxed, they are able to manufacture at lower, more globally competitive prices.  Talk about a boon for the nation!

Have you given a thought to how much money the government isn’t going to spend on enforcing tax code?  Billions of dollars every year go to manning and running the IRS.  Look at all the offices nationwide that will no longer require our tax dollars!

And then there are the lobbiests who spend their lives in Washington trying to influence the vote for a more favorable treatment for taxing of their special interest group.  That’s going away too.  Without a tax code to rewrite in favor of this group or that, our legislators can spend their time doing a better job of taking care of our country.  Who would say no to that?

For more information about the Fair Tax Act, visit FairTax.org.