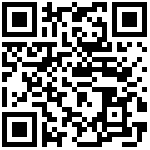 Survival of the fittest

by Nori
Categories: Politics, Wising up
Tags: No Tags
Comments: Comments Off

I got an email from a friend this morning moaning about the roundup of the Cloud mustangs.  It totally sidetracked me.  I had intended to spend my first hours this morning programming.  Such was not the case.  I spent the morning defending the gathering practice.  I don’t think it was time wasted.

We all want to protect the fluffies, but the soft fluffy approach isn’t going to keep the herd from being decimated by starvation when they’re living on land that’s been over-grazed due to lack of population control. Wising up after the land is over-grazed is way too late.

The PETA mentality is frightening. It seems the moaners and wailers can’t look at the big picture. The lesson it would take to get them viewing the big picture in this instance would cause irreparable harm to the very herds they’re moaning about being rounded up. ARG.

Living in cities and on suburban lots fails to teach the lessons some of us learned growing up on the farm. Surviving means making the right decisions regardless of whether it makes us happy. A PETA mentality isn’t going to keep us warm in the winter nor will it put food in our stomachs. I often want to take the liberal PETA-minded Jeanine Garafalos of the world and stick them somewhere that forces them to have to make the tough decisions to survive.

We’ve lost the art of survival of the fittest and our world is being run by those who don’t have the native smarts to survive a catastrophe, natural or otherwise. Maybe that’s the new and upcoming reality show, Liberal Survivor where the survivor is actually the last one alive.