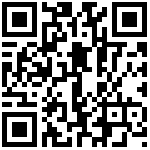 by Nori
Categories: General, Wising up
Tags: No Tags
Comments: Comments Off
desultory adj : marked by lack of definite plan or regularity or purpose; jumping from one thing to another; “desultory thoughts”; “the desultory conversation characteristic of cocktail parties”

Because up to now I have led a fairly desultory life, I haven’t taken a lot of exception to the amount of time I’ve spent filtering through . . . uh . . . crap.  Using the word makes me wince, but however high brow we normally are, sometimes it’s the really simple words that describe things best.

One of my very best friends, a woman who has acted both as best friend and mother, is now in a skilled care facility recovering from a massive stoke.  Because of my lack of a regimented life, I am free to spend time caring for her and acting as her advocate.  I see it as a vital job until such time as she is able to communicate clearly.  As a result, I have much less time for what has been life’s normal clutter.

Let me give you an example.  Chris Matthews proves how incredibly uneducated he is on the Constitution because he says it protects the President from rudeness.  Really?  This is news?  We already know Matthews is an ignorant shill.  It’s no longer news and hasn’t been for a very long time.

I use the Bloglines RSS reader for news and to keep me abreast of things that interest me.  To find the jewels, the bits of information I need to stay current on government overreach, political races, legislation pending in congress, major world news and the like, I have to filter through a tide of . . . well . . . crap.  This includes anything about Lindsay Lohan’s latest arrest, anyone with the Hollywood frame of mind ignorantly commenting on politics, all the various pundits’ take on the Presidential and Vice-Presidential debates, the continuing climate change hysteria, the latest in Halloween costumes and anything I can even loosely define as gossip.

While I might find the latest fete on Elizabeth Warren’s purported native ancestry amusing (the woman does know how to shovel the odoriferous offal that continues to ooze into the hole she’s dug for herself), it really isn’t, in the face of my current situation, important enough to warrant a glance.  When it finally drowns her, now that will be news.

This morning, one of three or four mornings a week where my responsibilities to my friend are absorbed by others, I have nearly 600 entries in my RSS feed.  A few of those are CATO event videos I want to make time to watch (the list is growing because I haven’t been able to make time), and a few are articles I’ve been meaning to make time to read.  The vast majority of those ~600 entries will be deleted en masse still unviewed.  I think this is what we call “priority.”