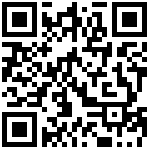 The vast majority of what we hear about racism now isn’t about color, it’s about power; whose got it, who wants it, who wants to exploit largely imagined racism to get it.  The NAACP is no longer interested in equality for all.  There is no integrity or pure intent inherent in their actions.  There is no striving to better their fellow man.  Their sole  interested appears to be in manipulating a racial divided to gain power.

I think Mark Williams, a spokesman for the Tea Party Express, said it best when he said it was unfortunate that the NAACP has chosen to “profiteer off race-baiting and fear mongering” when it could be doing so much to help the black community. He went on to say “The slave traders of the 16th century should have been as good at exploiting Africans as these people are, because it’s just disgusting.”  Yeah, that’s the way I see it too.  The NAACP is the Jeremiah Wright of the black population.  I don’t see that as a compliment or a recommendation.

The misuse and misrepresentation of racial minority relations for political purposes is at an all time high. Obama wants the borders left alone because he feels it will benefit him politically, helping him garner the Hispanic vote.  He’s totally ignoring the 61% of Hispanics here legally who want the border closed and illegal immigration stopped.  I wonder when Obama’s going to realize the illegals he’s burdening this county with can’t vote for him but can influence voters to cast a vote for someone more dedicated to dealing with this problem.  His mismanagement of the border fosters continued disruption of communities and increases the burden to law enforcement.  Hello?  Big picture here . . . what part of “defend” in the oath of office was not clear?

I roll my eyes when I hear Dr. Mark Lamont Hill and other purported “leaders” of the black community spin on our “racially divided” country, on how terribly mistreated blacks are and what a wonder Obama is as a President.  I shake my head at Obama’s acceptance of Reverend Jim Wallis’s perverted collective redemption ideology, the concept that deems that white people in power must give everything they have to the “downtrodden”.  Jesus didn’t say “give to the government so they can decide who should get help.”  He said support your fellow man and he means for us to do it directly.  There is no such thing as collective redemption.  It’s separationist rhetoric about which Pope Benedict XVI said  “Wherever politics tries to be redemptive, it is promising too much.  Where it wishes to do the work of God, it becomes not divine, but demonic.”

I am seeing more and more that racial slights are most often in the eyes and ears of those who choose to be offended, not in the hearts and minds of those purportedly doing the offending.  The blacks who whine about being mistreated are the progressive nanny state minded who want to be cared for and coddled instead of manning (or womaning) up and building a life for themselves.  Their race isn’t the handicap.  Their mental weakness and lack of character certainly seems to be.  Look to successful blacks who got on with their lives and became productive and successful, not those that diminish the whole by victimizing the unfortunate.   Each of us must become empower individuals to be the best we can be.