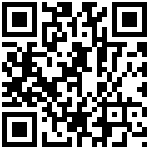 It’s sad when a single person becomes the epitome of the symbol of a party. An ass, by definition, is a pompous fool. The ass is also the symbol of the Democratic party, which makes Pelosi doubly an ass. By alienating the Republican party, Pelosi ensured the failure of the Emergency Economic Stabilization Act of 2008. If passage of this bill was as vital as she declared, then she is also an ass for making derisive comments about the Bush administration prior to voting on passage of the bill. Timing in politics is everything, and Pelosi has proven to have either exquisite timing so her remarks would cause failure of the bill which she could blame on the Republicans, or horrendous timing because her lack of an effective gateway between her brain and her mouth produced consequences she didn’t intend.