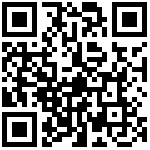 Have you had days when you didn’t feel particularly nice?  I think we all do. Now that I’m older, I generally try to rein in the chaos-generating waves, where in the past I would have let my pencil fly.  So, here is the kinder, gentler take on Sandra Fluke and the argument she’s put forth.

Has the Sandra Fluke thing bothered you at all?  I have to say, it’s bothered me on a number of levels.  I’m wondering if her last name isn’t a signifier.  You do know what a fluke is, don’t you?  It’s a parasite which leeches your nutrients and weakens you.  It’s a bit ironic that Ms. Fluke is studying to be a lawyer, a totally different kind of parasite AND shares the name of a class of parasites.

So why do I have trouble with Ms. Fluke’s stand on the taxpayers paying for her birth control?

Maybe the movement chose the wrong person as front person.  To choose a lawyer in training who shares a name with a common parasite may have just been a wrong move.

Here’s a psychotherapist’s take on the whole affair. If you read nothing else about the Sandra Fluke affair, please make the time to read this.