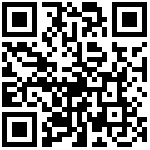 by Nori
Categories: Feeding the Soul, Social networking, Wising up
Tags: No Tags
Comments: Comments Off

My brother, who’s an extremely bright fellow, is also a sailor.  He and his wife live on a small sailboat while he works nights and she works days.  They’re preparing for the day they can sail off to warmer climes.  I tell you this because it leads into this next bit.

I sent Dan a video link to a video about a young lady who lives aboard a sailboat.  She’s self-sufficient with a solar panel et al and strikes me as a lovely and responsible person who works to pay for what she has and does.

Dan responded with this link about 4 young people who spent two winters sailing the Bahamas.  After watching the video, I sent Dan this response.

I’ve spent a bit of time thinking about the four young people who sailed the Bahamas for two winters.  While I thought their adventures were interesting I also found their actions in getting to the point where they could indulge themselves disturbing.  That they would steal to further their goals was unappetizing.  That they would use and damage other people’s property for their own ends with no apparent guilty conscience or desire to provide restitution was disturbing.  It spoke to a lack of responsibility, personal integrity and moral fiber I found wholly unappealing.  I also think if it were you or I, we could have gotten the mast stepped without resorting to misusing or abusing someone else’s property, so I guess the video speaks to a lack of ingenuity as well.

The sailing stuff was good.  I wouldn’t want to do it but I’m sure the participants learned a lot about themselves even if the entire adventure appears to have done little to build character.  Their actions epitomized the occupy movement, the “so what if you’ve worked hard, sacrificed and been smart, you’ve got more than I do and I want my share of it.” mentality.  Sad.

It isn’t hard to determine which of the two I admire. What about you?