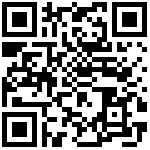 On Nancy Reagan and Jane Fonda

Does it bother you at all that avowed socialist Jane Fonda is slated to play the iconic Nancy Reagan? I have to say . . . it bothers me a lot. Not only because I don’t want the nation’s memory of Mrs. Reagan soiled by being associated with such an un-American person, but because I don’t think Fonda is a good enough actress to pull of the quintessential and beloved First Lady and wife of one of our most successful Presidents ever.