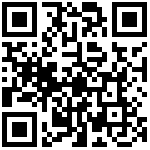 It appears I’ve been kicked off another yahoo list. This is the second or third time. You can tell how important it is to me . . . I can’t remember how many times it’s happened.

This latest go ’round had to do with morality. Not religion, though that’s probably why I got kicked off, but the moral character that makes us good neighbors. The list no-no’s were religion and politics. I’m not religious. I’m an atheist with agnostic leanings, but I am a moral person. I believe in the value of religion (guidance for the masses) and I live by the 10 commandments. They are solid principals and the foundation of our Republic.

A couple of us got into a tussle with someone who thought stealing was okay if he needed it. What followed was an intense discussion over character, what makes a good person and (probably only in my mind) the principals America was founded on. The list owner was already emotionally spent (family issues) and I’m pretty sure our stance and adamant attitudes tipped him right over the edge.

I wonder how many of the arguing horde got booted besides me . . .