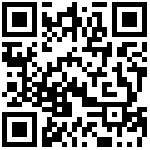 On Libertarianism and Jillette’s God No!

After becoming immersed in studying the government over the last couple years I’ve developed a different view of our country’s political parties. Wadly and I are ex-Republican non-religious social conservatives.  I think we’ve been pushed out of the Republican party and into Libertarianism by a level of governmental overreach we think is killing our country, our liberty and our freedom.  Not everything requires a legislative answer, despite what the Republicans think.  What they’ve been practicing for the last 20 years has created intrusive laws and governmental interference in the personal choices of its citizenry.  At this point, this interference doesn’t effect us a lot (social conservatives) but we see it drastically effecting others.  No thank you.  If it’s not good for all of us, it’s good for none of us.

Here’s my current take on this country’s political parties, subject to change as I learn and grow.

The Republican party is the socially conservative party.  Generally Republicans believe in God, mandated morality and advocate personal responsibility.  They used to believe in smaller government but as demonstrated by the current level of legislation in effect, results speak louder than voiced ideals.

The Democratic party is the socially liberal party.  Generally, Democrats believe government is the answer to everything and responsibility should be mandated.  If you are more fortunate or (more usually) harder working, Democrats think you should take care of anyone less fortunate or less inclined to self-actualization.  This is a bad thing on many fronts, but it’s only one of the less appealing aspects of the democratic ideology.

One of the concepts I managed to grasp during my Glenn Beck and Reason TV watching is, Libertarians come in all social and religious flavors.  At the core, Libertarians believe in a strict interpretation of the Constitution and Bill of Rights.  You can read a variety of definitions here, but my favorite is David Boaz’s “Libertarianism is the view that each person has the right to live his life in any way he chooses so long as he respects the equal rights of others. Libertarians defend each person’s right to life, liberty, and property-rights that people have naturally, before governments are created. In the libertarian view, all human relationships should be voluntary; the only actions that should be forbidden by law are those that involve the initiation of force against those who have not themselves used force-actions like murder, rape, robbery, kidnapping, and fraud.”

A Libertarian can be socially conservative and religiously devout like Glenn Beck or a socially liberal yet drug and alcohol free naked party throwing atheist and obscene language spouter like Penn Jillette.  Republican Governor Chris Christie shows Libertarian leanings in the way he governs New Jersey.  Presidential candidate Gary Johnson is a fiscally frugal social conservative who believes in a woman’s right to choose whether she will bear a child to term whereas Presidential candidate Representative Dr. Ron Paul is socially conservative and believes in right to life based on his training in obstetrics and gynecology.  Both are stated Libertarians because they believe in a government that stays within the confines of the constitution.

Libertarians believe in freedom and liberty completely separate from religious beliefs and social leanings.  Libertarians share a belief in the innate right and freedom to choose how each of us lives our life while simultaneously advocating and demonstrating personal responsibility and tolerance for others’ choices.  The thing I find most attractive about libertarianism is the “government within the confines of the constitution” base belief, that our freedoms and liberties are innate.  That philosophy works for me.

Jillette, half of the comedic Penn and Teller duo, is a Libertarian who practices his personal freedoms to the fullest.  I’ve been listening to his God No!.  This book isn’t a story, it’s a collection of essays written over a period of time collected into book form, a celebration of one person’s expression of their liberty.  I think I stopped listening near the end of Chapter 6, perhaps a quarter of the way through the book.  To me, the book isn’t very interesting.  From what I’ve seen of Jillette professionally, I expected something a little more sophisticated than the collection of obscene epithets and obscure references with which the writing was littered.

I respect Jillette’s right to live the life he has chosen.  How he lives his life is not hurting me and he’s happy.  That, in itself, makes me smile.  I may start listening to his book again at some point in the future, but for now <shakes head> yeah . . . not so much.  Beyond the obscure references, I can’t get past wincing at the inarticulateness of the obscene language.  At a guess, I’d say I’m not Jillette’s intended audience.

I think our founding fathers missed the mark on two aspects of their work.  The statement trade between the states must be regular as a stand-alone without the attached arguments as stated in the Federalist Papers is too vague and has allowed our government to misinterpret the clause to our general detriment.  The clause was intended to ensure all states were treated identically but has instead been interpreted to all interstate trade is regulated by the government.  Secondly, the “separation of church and state” should have included something about morality being a function of religion, education and social pressure, not something to be mandated by legislation.  JMPO.