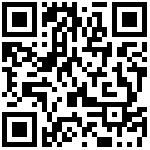 I have never been in favor of large government, nor in government that wants to caretake its citizens.  I want government to handle those things the constitution says the government should handle and stay the heck out of the rest of our lives.

Increasing government is not the answer.  Increasing people’s particpation in improving their community is where Obama’s talents lie, and that’s what he should be doing.  Empower the people, don’t caretake them.