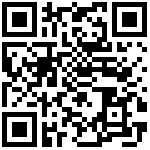 Did you listen to Obama’s Commencement Speech at Hampton University last weekend?  He said the graduates have nearly unlimited potential for the future and he referenced their acquired researching skills as a factor.

That is so true.  The ability to research and the intelligence to reason are key to personal empowerment. They aren’t the only keys, but they are an important part, but this point lost its impact when examined in the context of the complete speech.  One of the bits that really put me off is the quote below.  In his speech Obama said

. . . you’re coming of age in a 24/7 media environment that bombards us with all kinds of content and exposes us to all kinds of arguments, some of which don’t rank all that high on the truth meter. With iPods and iPads; Xboxes and PlayStations, none of which I know how to use; information becomes a distraction, a diversion, a form of entertainment, rather than a tool of empowerment. All of this is not only putting new pressures on you; it is putting new pressures on our country and on our democracy.

Incidentally, why is he putting xBox and PlayStation in the same category as iPods and iPads?  Can we now get e-news on our PlayStations and xBoxes?  I must have been out the day of the announcement.

I wish I could say that is the only problem I have with his speech.  Note the italicized bit of the quote.  I’m going to assume that’s an ad lib as it isn’t in the text version.  I wonder whose idea that little jewel was.  At best it’s a distortion of the truth if not an outright lie.

Between you and me, just so we’re really clear here, this is the President who would not surrender his Blackberry when he became President.  This is the same President who gave the Queen of England an iPod.  Now he’s telling us he has no idea how to work an iPod?  Really?  If Obama uses a Blackberry, I would bet he would be comfortably using an iPod in under 50 seconds, if it took that long.

So Obama says there’s too much publicly available information and implied his highly educated audience, and the American people, aren’t smart enough to winnow truth from distortion.  Huh?  Replay that bit, would you?  I must have misunderstood.  Does he think it’s too much work and we should be saved from having to engage our brain and exercise our reason?  Really?  That is SO not what America is all about.  America is all about hard work.  America is about practicing advanced citizenship so we continue to retain our rights and freedoms!  In my personal view, anyone who doesn’t practice advanced citizenship is part of the current problems facing our great nation.

And is my questioning the content of his speech something that isn’t going to “rank all that high on the truth meter”?  Is that the type of information he’s referring to?  Really?  What happened to the First Amendment?  Last time I checked it guarantees each of us the right to say just about anything we want whether it’s a distortion or not, including the President’s purported inability to run an iPod.  Did I miss another news flash telling us we were no longer bound by that pesky little part of our Bill of Rights?

Obama wants us to believe we’re a democracy, not a republic.  Would that be considered a distortion or a lie?  He must have been absent the day Columbia University covered our governmental structure.  Maybe he should have studied another student’s notes.

As to Obama thinking were stupid, I don’t know what other conclusion to draw.  He says the world is now full of rampant truth twisting and outright lies, that we now live in a world full of attempts to mislead.  He believes there’s no way we are going to be able to establish the truth for ourselves.  Yup, Obama thinks we’re stupid.