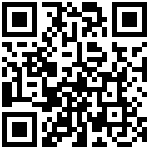 Nibbled to death by ducks

Has it occurred to anyone else that the Republicans may have to propose back to back continuing resolutions each with spending cuts to whittle down the deficit?  Four billion this time, six billion next time, 5 billion the time after.  Arduous, but I think it could work!

Each time a continuing resolution is set, load it with cuts the public supports and dare the dems to turn it down.  We could be onto a new method of achieving fiscal responsibility!  Don’t make it a big bill, make it a small continuing resolution with targeted cuts!  By the fifth of six one the dems should be tearing out their hair and the Senate should be equally frazzled.  I like it!