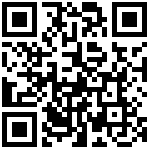 One of my brothers-in-law got an email with a letter from a retired constitutional lawyer who had read the whole health care bill and shared his perceptions.  My b-in-law emailed me to ask if what he was reading was accurate, thus beginning a discussion of the new health care bill and its impact on our economy and the cost of health care.   Here’s the “Cliff Notes” version.

B-in-Law: Is there any way to really check this out for accuracy?

Me: From all the talking heads I’ve listened to over the last six months, it appears what Connelly has to say is right on track with the provisions of the bill.  Sad but true.

B-in-Law: My question of the moment is:  What is being proposed or offered up that both break the deadlock and works toward creating some health care options that are obviously needed.   It seems we cannot stay on the same track, but rather than just say “no”, which is counter productive, where was a counter proposal that laid out what we wanted.  I am inclined to vote against any incumbent regardless of party just to try and clean house of the entitled few.

Me: We must have tort reform and portability.  Those two will help a lot but it’s only the start.

Cost will take care of itself if we provide health care for the low income uninsured by paying the premiums for them, NOT by gutting our health care system.  If we are going to offer health care to those who can’t afford it, it will cost MUCH less for everyone if the government treats the uninsured like the employees of Whole Foods are treated.  If the Gov’t pays for their health insurance (major medical, high deductible) and provides them a $2500k medical spending account annually things will drastically change in the health care sector with no additional legislation needed.  The free market system will take care of the reform.  We could do all that for LESS THAN 500 BILLION ANNUALLY instead of this 1.38 trillion dollar disaster being foisted on us.  I’m guestimating that calc.  They say we have 12 million uninsured.  High deductible major medical for a family of 4 would be in the neighborhood of $500/mth.  Add that $5100 ($500×12 months) to the government supplied $10,000 ($2500×4) medical  spending account and the total is $15,100 per family of 4 or $3775 per person.  Multiply that times 12 million and you’ve got $453 billion.  That’s a third of what the government wants to spend.  Figure the third party administration of this is going to run about half a bil and you’re at the $500bil guestimate.  Now here’s where it gets even better.

Once people have medical spending accounts and they see the spending account as THEIR money they’ll start shopping around and using the money for things that improve their health.  They’ll start asking if they really need what the doctor is selling.  They’ll shop doctors and pharmacies by price which will instill competition and reduce cost.  At the end of the year, half of whatever’s left over is invested for retirement or college or special schooling or . . . half stays in the account and the account is again topped up to the $2500 original.  This provides incentive for people to husband their money carefully and take good care of themselves.  Kids will get a better education, adults will have a real retirement account . . . social security, medicare and medicade could go away.  Putting personal greed and the capitalist system to work will change America fundamentally but in a good way.

With everyone insured the insurance companies aren’t being hit with higher costs to cover the cost of providing unreimbursed health care for the uninsured.  When health care charges drop because the health care is being paid for, health care premiums will drop.  None of this needs to be mandated.  It will take care of itself.  It’ll take a little bit of time but it WILL take care of itself . . . if we do the right things, if we kill the current health care bill, if we get tort reform and portability, if we change our tax structure.

If we can get the Fair Tax voted into law a huge amount of money that has been sheltered offshore will come back home.  If noone is penalized for MAKING money, only for SPENDING money, things will change drastically.  People will start saving and investing.  Manufacturers will come back to the US to build their factories and run their businesses because they will not be penalized by the government for doing business here in the US.  When business are no longer penalized there will be more business, a higher level of employment, better wages, better benefits . . . India and China will no longer get our work.

We just need to get government out of our pockets.

One more thing.  We MUST fix government spending.  Watch this: Article 6

B-in-Law: Good reply, straight forward (kiss) and makes sense.  I really agree on Tort reform and portability.  Why hasn’t this idea or concept been pitted against the Democrat disaster and let the people vote with their response?  This needs to be the platform all of us, regardless of party, needs to get behind and support any political person who promotes and carries through.  The other is that the Congress also gets the same benefit package and none of the post term benefits that are now entitlements.

Me: I saw a lot of this mentioned at Obama’s Health Care Summit.  It just didn’t make it into the bill.  It apparently wasn’t part of the current power’s progressive agenda.  The goal appears to be bigger government, more intrusive government pushing social justice instead of personal responsibility, comprehensive government instead of a government of the people, by the people and for the people.  Sad.