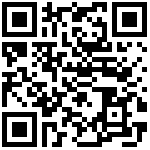 by Nori
Categories: Politics, Wising up
Tags: No Tags
Comments: Comments Off

Sometimes it’s hard to sort the core facts from the rhetoric to get to the seed of what is truly pertinent in a political race.   It’s harder yet when dealing with media that filters and slants the information they give us.

My principle need from a politician is that he or she must be dedicated to reducing the size and scope of government, reducing government spending, taxes, regulation, legislation and is will to help cut the bullshit that generally spews from Washington DC.  I stipulate “Washington DC” because I live in Washington, the state, a state so liberal, we’re under threat of another term of governance by Senator Murray, the poster child for Government excess and bullshit.

In the hope of making better choices for who we send to DC, consider how new candidates in your district would vote if presented with bills presented in the last couple years.  To get a list of bills, let’s look at my representative Brian Baird’s voting record.  We can pretend he’s a candidate and he’s told us how he would vote.  He is not running for office again which makes him a great example.

The following voting record is an excerpt from Project Vote Smart.  I’ve pruned the information to just the easiest to grab (no additional navigating) information for 2009 and 2010, but it’s still a lot of information.  Look through the voting record below and ask yourself, is this how you would have wanted your representative to vote?

It’s important to take the time to be sure you understand the  issues.  Consider whether the federal government is the proper authority to be making a decision on that particular topic.  Is it within the scope of the government according to the Bill of Rights?  Is the issue more suited to state government rather than federal or is it a community issue, not a federal issue?  Once you understand the core, ask yourself “what did I lose (in money and/or freedom) and what did I gain?”   Remember, once you’ve given a freedom away, or allowed a freedom to be eroded, you aren’t going to get it back.

Now look up your representative and see how you feel about how they looked out for you.  Given the voting record below, I would have run Brian Baird out of town on a rail.  You can be sure I’ll watch our next representative closely.