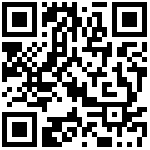 by Nori
Categories: Feeding the Soul, Social networking, Wising up
Tags: No Tags
Comments: Comments Off

This is awesome! Spectacular! Enlightening! 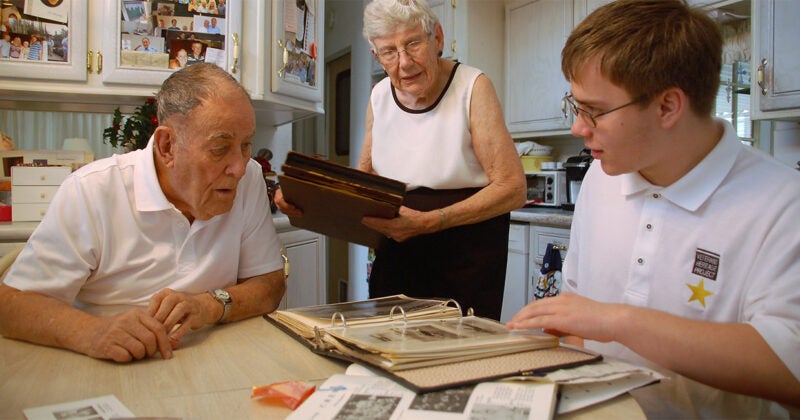 Harrison Kessel was in eighth grade when he interviewed World War II veteran John Eloff. Kessel was a shy boy who liked history but was intimidated at the prospect of asking a combat veteran to divulge his war stories.

“I was terrified,” Kessel, now a college student, says in a video as he recounts the encounter several years later. “I had trouble talking to my own peers, let alone a World War II Marine veteran who had fought in the battle of Iwo Jima.”

The interview went well, however, so well that the two became friends and Eloff allowed Kessel to keep some of his war photos.

Today, more than 2,000 Arizona students have had an experience similar to Kessel’s, thanks to the Veterans Heritage Project.

Organizers founded the nonprofit Veterans Heritage Project to honor the life and legacy of American veterans and develop leadership skills in young people.

Every year, the Arizona-based school club matches middle school and high school students with veterans. Each student interviews an assigned veteran to learn about his or her life and war experience. The student then transforms the interview into a written essay.

“I really enjoy when two very separated age groups can talk to each other on a common playing field,” Barbara Hatch, founder of the Veterans Heritage Project, tells The Daily Signal.

The veterans and the student almost always find something they have in common, Hatch says, “and when you can hear an 85-year-old and an 18-year-old talking like a couple of frat boys—that’s pretty funny.”

Hatch, who founded the project in 2004 and established it as a nonprofit in 2009, says the idea began to take shape in the late 1990s after the release of director Steven Spielberg’s blockbuster World War II drama “Saving Private Ryan.”

Hatch was teaching high school history at the now-closed Judson School in Scottsdale, Arizona, when “Saving Private Ryan” came out in 1998. Some students wanted to know how realistic the movie was, so Hatch decided to find a World War II veteran to speak to her class and answer questions.

Hatch reached out to the Veterans of Foreign Wars to see whether any World War II veterans might be willing to share their experiences with her students. She quickly began receiving phone calls from veterans who were eager to do so.

Veterans “started coming to my class to speak with my class and I just noticed how engaged the students were,” Hatch recalls. “They really, really wanted to know more.”

For several years, the history teacher continued inviting veterans to her classroom to tell their stories, but saw that students were eager to have deeper and more meaningful conversations  with the former service members.

Hatch transitioned to teaching at Cactus Shadows High School in Cave Creek, Arizona, in the early 2000s. She  began matching students with veterans so each could tell his or her complete story to a young person during an interview.

A grant from a local business made it possible for all the students’ written essays about the veterans to be compiled into a book. In 2005, the first volume of “Since You Asked,” a large hardback book of student essays, was published.

Each student essay undergoes a lengthy editing process by teachers and Veterans Heritage Project staff and volunteers.  Each participating veteran gets the opportunity to review the essay before publication.

Last year saw release of the 16th edition of “Since You Asked,” containing more than 80 student essays on the lives of veterans from World War II, the Korean War, the Vietnam War, the Cold War, the Gulf War, and the “War on Terror,” which includes the wars in Afghanistan and Iraq.

The two volumes of the 17th edition of “Since You Asked,” with the stories of 104 veterans, are available for purchase beginning Saturday, April 17.

That same day, the Veterans Heritage Project will hold a virtual “honor roll” event to thank the veterans who participated and celebrate the work of the students.

Veterans and students alike are affected deeply by the experience of sharing and documenting the war stories, the program’s founder says.

Students walk away from the program as stronger writers and with a greater ability “to speak in public on the drop of a hat, or just to approach somebody of a different generation,” Hatch says.

The exercise is often therapeutic for the veteran, she explains. About 25% of participating veterans are telling their story for the first time, according to a fact sheet on the program.

It is very meaningful for the veterans to know “somebody was thinking about them, particularly somebody younger,” Hatch says.

Hatch retired in 2013 after teaching for 40 years. What she started as a project in one school has grown into a club in 30 schools across Arizona.

The veterans’ stories not only are documented in a book each year, but the Library of Congress archives the video recording of each interview so the history won’t be lost.

The Veterans Heritage Project also provides veterans with the opportunity to keep sharing their stories in Arizona classrooms and school assemblies. Over the years, more than 43,000 students have been inspired by veterans’ presentations.

Plans are in motion to expand the Veterans Heritage Project to other states, Michelle DiMuro, the program’s executive director, tells The Daily Signal. A test pilot program is underway in Florida and the program’s leaders plan to expand across the nation as resources allow.

“I want our kids to have the best, well-rounded education that they can have,” Hatch says.

It is critical for students to realize that the men and women who “came before them … invested a lot to give them the country that we have,” the teacher says, “and it’s their job to preserve that.”

Have an opinion about this article? To sound off, please email letters@DailySignal.com and we will consider publishing your remarks in our regular “We Hear You” feature.