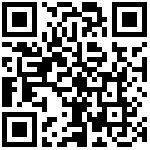 When CBS, NBC and ABC got so obviously biased I could no longer tolerate their “reporting”, I could still watch the then marginally unbiased CNN, but it’s been a while since I’ve been able to watch that network either.  The lack of true and accurate reporting has become pervasive there as well.  Everything has to be slanted to their liberal outlook, which I find universally unappealing.

Now I’m isolated from a lot of the popular media’s slanted antics because I watch Fox news.  I still hear about the slanted reporting of the other networks, but I don’t have to hear about it directly. And apparently I’m not alone.  Fox is proving to be universally the most popular national news with ratings that consistently beat the other networks.  Kinda makes you wonder when the networks are going to catch on and service the masses instead of the biased.