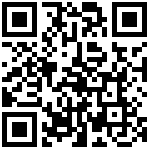 Normally I’m not super hard-line, but this latest bit of politically correct relabeling has really got my knickers in a twist.  It’s time to look at the big picture and admit, no matter how you color it, a spade is always a spade.

We love labels.  They provide quick identification of a group,  Changing the label doesn’t change the association.  African Americans are black, little people are by definition midgets (short, small), people who weigh more than they should are fat and illegal aliens are breaking the law.

As labels age they can acquire a negative cachet (lowness, notoriety, disrespect).  By changing the label, groups temporarily disassociate themselves from the attached pejoratives.  The distancing cannot last because people are unwilling to own the reality of their label.   They are either embarrassed or ashamed of who or what they are, which gives the deprecatory association traction.  They have forgotten or have chosen to ignore the childhood lesson of “sticks and stones may break my bones but names can never hurt me.”

We do these groups a disservice by fostering the continuing change of labels.  Instead, we should be helping those with label issues to address their personal feelings of inadequacy.  Instead of patting them on the head and calling them by another name so as not to hurt their feelings, we should be focusing on the underlying cause of the distress so they can toughen up and accept who they are.  Instead of applying Spackle, we should be applying lessons in self-worth.  In a nutshell, these groups need to toughen up and own their label.  If you own it, you control it.

I’m fat and I have accepted who and what I am.  Where you may see a pejorative, I see reality.  I don’t need to label myself the more politically correct “fluffy” because, while I am fluffy (thank you), I’m also corpulent, porcine, pudgy, rotund and stout.  What we object to is not the label, it’s how we perceive others see us.  People aren’t going to see me any different if I verbally pretty up the fact that I’m fat.  It’s self-image that’s the issue.  And changing the label lengthens the time it takes for us to accept and embrace who we are.  It is counter-productive.

The latest bit of political correctness run amok, and the driving force behind this post, is a group of journalists campaigning to replace the now sullied “illegal alien” with the as yet unsmudged “undocumented alien”.  Say what?  The poor little criminals are upset by being called illegal?  Why don’t we call them what they are, criminal aliens and forget all this political correctness nonsense.

In this case, the goal of relabeling is an effort to make criminal aliens more acceptable to the masses.  Calling them undocumented as opposed to criminal is a bit like saying a bank robber, in getting funds from the bank by force, is actually receiving a grant.  Say what?

I sympathize with people wanting a better life, I just don’t have a lot of emotional depth for those who do it by breaking the law.   When people come to this country illegally to better their life, they are causing problems in both countries.  Not only are they abandoning their country to criminal elements, they are placing a burden on resources paid for by our citizens through higher taxes, higher fees and higher rates.  They drag down our economy regardless of how the pro-illegal immigration crowd chooses to apply spin.

Instead of banding together and working to solve the problems in their own country, illegal immigrants come here and create problems we are forced to dedicate our resources to resolve.  Their choice is an emotional, spiritual and economic laziness that is abhorrent to those who work hard, practice personal responsibility and fight for our country’s continued freedom.  Their criminal act is encouraged, and in some cases facilitated, by those who see no ethical immorality in taxing the hard working/innovative entrepreneur who creates jobs for our citizenry.

So here’s my take on “undocumented aliens”.  They are criminal parasites who have attaching themselves to our country’s social and economy prosperity.  Individually, the majority are nice people who really want to better their life, but they do themselves and us a disservice.  They  should be fixing their own country instead of breaking the law in ours.  When we don’t point that out to them loudly and often, we are doing them a disservice.