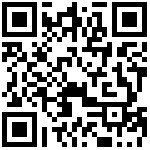 How the free market regulates behavior

by Nori
Categories: Wising up
Tags: No Tags
Comments: Comments Off

In the list of today’s TownHall news bulletins is this jewel about Target and McDonald’s pulling their business from an egg supplier after videos of inappropriate care, housing and handling of birds became public.

After reading the article you may say “we should enact legislation” but if that’s your first response, you’re missing the point.  The free market has already handled this problem.  Between Target and McDonald’s, and the other companies who will follow their example and transfer their egg purchasing power to other businesses, the egg producer is being legislated against by the free market.  The egg producer has lost business, a LOT of business and will continue to lose more as word spreads.  It didn’t cost you or I a dime and it happened at the speed of business, not government.

Look at what this presents to other egg producers.  They have received a salutory lesson on best business practices and public image along with a chance to dramatically increase their business by stepping in as egg supplier to Target and McDonald’s. Isn’t the free market a sweet plan?!

The poorly behaving egg producer is in for a heck of a struggle to clean up their act and rebuild their reputation to the point they can recover their lost business, if that’s even possible.  In one fell swoop they’ve lost millions of dollars in future business and are faced with an overproduction problem.  They’ve got to do something with the millions of eggs Target and McDonald’s are no longer purchasing.

Now here’s the next key bit.  The business managers made poor decisions which have negatively impacted their business.  The decisions may have been fiscally sound but they failed on the social responsibility front.  In watching the bottom line, it isn’t only about money.

If we were to bail that business out, what would they have learned?  Nothing.  Take this as a lesson that bailouts, no matter where they occur, are bad and circumvent the beauty and elegance of free market influence.

And here’s one final bit to ponder.  If Target and McDonald’s hadn’t acted instantly to pull their business, they would have been held up for censure in the court of public opinion.  This is a case where, even if the videos exaggerate the problem, T&D are better off to leap instantly instead of wait for the fallout.  Consumers would be legislating with their business and both Target and McDonald’s would have lost sales as a result.

I’ve seldom seen a tidier example of the benefits of the free market system.  We don’t need legislation to fix problems like this, we need to present the case to the public and let the dollars fall where they may.

Now here’s the flip side.  We have birds.  Ours are free range but there are some facts about chickens that you should know before you pillory the errant egg producer.

I’m not saying this business shouldn’t reduce their crowding, increase the hen space in their egg-laying operation and improve their public image, but the probably sensationalized video is most likely a smear job by somebody with an axe to grind.

If you’ve never lived on a farm or butchered chickens or turkeys for your own consumption, the linked article is going to set off your PETA genes.  If that’s the case, you have two choices.  Get yourself educated on what it takes to raise chickens and eggs or stop buying and consuming eggs and chickens.  Raising birds and eggs for public consumption is not an activity for the faint of heart.  It’s even worse when you have to raise your own and do your own butchering.  Trust me, been there and to me, it’s just not worth it.  I’m buying my 100% natural chicken already cut up from the supermarket.