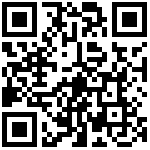 by Nori
Categories: Government, Politics, Wising up
Tags: No Tags
Comments: Comments Off

I never know when I’m going to find really interesting stuff, and with the primaries and all that’s happening in the political realm, there’s a lot to share right now. Taking our country back means we have to keep listening and learning.  We must continue to work diligently to reclaiming our originally free country with its small government.

Dinesh D’Souza, an India born American, has done an in-depth study of Obama’s roots and how his parents and early years influenced how Obama thinks and his goals for his Presidency. Below is the link to the Forbes article. It’s actually just a introduction to D’Souza’s book “Roots of Obama’s Rage” which comes out in three weeks.  The article nails where Obama’s views and ideas come from. Understand the man, understand the focus, understand the danger.  The book should be a really interesting read.

The Obama supporting left leaning blogs and articles express high outrage at D’Souza’s unmasking of Obama’s core which speaks to the depth, accuracy and effectiveness of D’Souza’s message.

Keep doing your homework. You have to understand what’s going on to effectively fight it.  Stay engaged in the process.