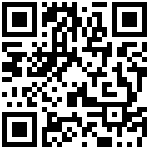 Did you see Matt Damon embarrass himself by commenting on Sarah Palin’s suitability as a vice-presidential candidate?  Oh My God.  <rolls eyes> Does he have any kind of clue how this effects our impression of him as an informed adult?  Matt?  Stick to acting.  It’s what you’re good at.

When is Hollywood going to figure out their job is acting and that’s all we expect them to do.  Generally speaking, we don’t expect them to be bright enough or informed enough to intelligently comment on politics.  When actors like Damon open their mouth, they prove this to be so true.

There are exceptions, of course.  Dennis Miller is bitingly inciteful and Jay Leno is far from clueless.  I held out hope for Oprah, but she has since proven race and rhetoric are her gods.