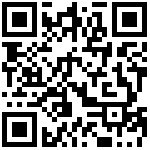 I watched the Senate’s hearing on “Could Tax Reform Boost Business Investment and Job Creation?“.  It’s fascinating. I’ve noted the important parts below. Listen to any bits that interest you.

There are four tax reform presenters (Entin, Stone, Mastromarco and Hanlon) and about a dozen lawmakers listening and answering questions. Each presenter has five minutes for opening remarks and each lawmaker has five minutes to comment and question.

Brady introduces the presenters with their education, significant job history and positions.

Entin talks about how taxation effects the economy negatively. He’s anti-Keynes and for tax reform and says taxes negatively impacts capital investment and ultimately hurts the workers. He’s for diddling with the current tax code which implies leaving the ability to engage in favoritism in place is a good thing. He’s well educated and smart but still sees the government as the “smart” manager of taxation and spending. Of the “retain the current tax code” crowd, he’s the most educated and aware of how theory and the real world don’t match.  He sees and understands the inequities in the current tax code.

Stone plays the part of the village idiot, unable to connect theory to history/proven fact. He’s straight Keynesian, advocating for increased taxes and thinks government taxation and government spending is the only answer to every question. He is unable to see or admit what he’s advocating has never worked and he does a lot of fumbling to try and avoid admitting or facing it. When the Senators start commenting and questioning him, one of them (Mulvaney @ 65:08) excoriates him for advocating policies that have been proven not to work. While Entin may see the tax code as fixable, which is bad, this guy is much much worst. He is advocating bigger government with the government distributing the taxes to influence/control (“fix”) the economy. This guy is bad news. It’s a good thing he’s not very articulate. Only people who already believe his warped logic are going to listen to him.

Mastromarco advocates for the Fair Tax. His intro speech starts at 42:24. While it’s well worth listening to he wastes a lot of time in the beginning blasting other plans instead of highlighting the excellence of the Fair Tax plan. That bit made me wince. Brady questions him at 54:25. One of the senators asks him about the likelyhood of tax avoidance (Campbell @ 86:21). Stone comments on the Fair Tax at 59:18. I don’t think Stone realizes how strongly he’s advocating for the benefits of the Fair Tax. He talks about how it would encourage hard work and investment like that is a bad thing, calling those activities a “natural disaster.” I did say he was the village idiot, didn’t I? The guy is as dumb as a rock. Mastromarco rebuts Stone’s Fair Tax comments at 63:39.

Hanlon advocates reform of the current tax system. He’s for greater infrastructure spending, increased taxation, taxing the rich and raising corporate tax rates. Hanlon’s the village idiot’s slightly more articulate understudy.  He may have been included to give Stone’s position support.  I don’t see that as one of the outcomes of the hearing.  I think he just widened the target area for some of the lawmakers’ shots.

61:18 – Casey talks about the inequity between types of companies in the current tax code to which Hanlon responds. More past, present and future ineffective tax code tweaking mentioned here.

65:08 – Mulvaney has some excellent comments about the current tax code and the comparison of real world versus theory. His section is a must watch. Stone props up his position as the village idiot in non-answering Mulvaney’s questions. “I think, I think, I think, I think . . . ” Who decided this was the guy to support the Keynesian model? Personally, I think they erred in their choice of an advocate.

After a bit of self-back-patting blah-blah-blah, Coats talks about good stuff starting at about 71:18. Start listening closely when he talks about consensus and the corporate tax rate/code and how uneven/unfair/unequal it is. That bit’s really good and Entin’s response to him is excellent and highlights how confusing and unequal the current tax code is.

77:20 – Duffy talks about the global marketplace and how our current tax code impacts our global competitiveness. He nails Stone and Hanlon by questioning them about taxes in other countries. Stone again reprises his village idiot role. The guy just doesn’t learn. In his responses, Hanlon again holds up his village idiot’s understudy role.  Duffy’s articulate and informed and Stone and Hanlon look even worse in comparison.

90:00 – Duffy asks Hanlon about a carbon tax, global warming and taxation. Well worth watching Duffy’s five minutes just for Hanlon’s squirming to avoid answering Duffy’s questions. Stone’s fumblings are equally amusing. Duffy’s responses to Stone are spot on. Entin’s comments are very interesting as are his revelations about burden tables. This last bit is in response to Stone’s comments about the “right size” of government and are some of the most enlightening of the hearing. Entin’s comments at the end support the Fair Tax plan without naming names.

95:43 – Brady’s closing remarks are good.  I got the impression most of the lawmakers are truly fed up with the current tax system, lobbyists and corruption.  If they can hold that light up and stay strong, we may actually make progress from their efforts.

Watch or don’t watch. I thought it was good.  If we’re informed we can fight for smaller government and a more effective and prosperity generating tax code.  I know enough to tell my legislators which way I expect them to jump.

Conversely, if we aren’t informed, we are going to believe legislators and lobbyists without it tipping our bullshit meter.