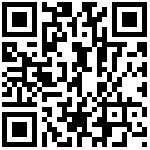 McCain is advocating the government purchasing over-valued mortgages from banks, then rewriting the mortgages to allow the homeowner to retain their home.  Obama is shopping this as a bad idea, saying the tax payer will be making up the difference.  Let’s look at some figures.

Say the bank has a mortgage on a 500k home which, in the current market, is now valued at 380k.  The bank is unhappy because the home owner now owes more than the home is worth.  By their definition, this is now a bad loan.  So, the government buys the loan at the current amount of the mortgage (420k) which is 40k more than the home’s current value.  The mortgage is rewritten at a rate that can be calculated in a number of ways.  I’m not a mortgage expert, so I’m not the person to decide the best method.  We could use prime plus 1.2 (for example) for 30 years.  Or we could use the rate of inflation plus 1.2 (for example).  What we want to do is get the cost out of the mortgage plus enough to cover inflation so we don’t lose money on the mortgage.  The goal isn’t to MAKE money, the goal is not to LOSE money.

Looking at the numbers, this thing will pay for itself.  Even if the government has to foreclose on and resells some homes, it’s going to come out on top without the tax payers being penalized.  If inflation stays below the rate of interest, we pretty much can’t go wrong.

In this example, the only way the tax payer is going to have to pay the tab is if the homeowner pays the mortgage off in under 2 years.  Interest on the loan is a bit over $40K in just 2 years.  We, the tax payers, need to get back the $40K we extended the homeowner in value, and we get it back in interest in two years.

Taxpayers paying the tab is just not an issue here unless the government is going to make this such a high overhead operation the interest won’t pay the expense.  Come ON everyone, do your homework.  Do the math.