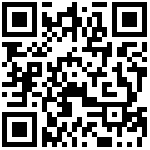 by Nori
Categories: Government, Politics, Wising up
Tags: No Tags
Comments: Comments Off

Maria Cantwell is supporting the FCC’s increased interference in the free market.  I can’t remember exactly what I sent her, but her reply is as follows.

In October 2007, the Associated Press confirmed through online tests that Comcast was secretly blocking its customers’ lawful use of BitTorrent and other peer-to-peer audio and video Internet applications. The company claimed that it only blocked the peer-to-peer Internet traffic to relieve congestion on its broadband network. Two public interest groups filed a complaint with the Federal Communications Commission (FCC). Upon closer examination, the FCC determined that this was not the case. In 2008, the FCC issued an order finding that Comcast was in violation of federal Internet policy and told the company to stop the practice. Comcast settled the complaint with the FCC. The company also took the FCC to federal court, challenging the Commission’s authority to have any say over how it manages its broadband network. After the Commission deregulated broadband over cable modems in 2002 and broadband over phone lines (DSL) in 2005, the Commission has relied on its so-called “ancillary authority” in Title I of the Communications Act to oversee broadband Internet.

In April, 2010, the D.C. Circuit Court of Appeals ruled that the Commission’s ancillary authority in Title I does not provide a sufficient statutory basis to tell Comcast how to manage its network because it did not identify “any express statutory delegation of authority” from Congress with respect to broadband Internet service. The Court decision did not state that the FCC could not issue any rules or orders related to broadband Internet service, but that any rules or orders must be tied back to sections of the Communications Act where Congress has given the agency express authority. Taken broadly, the Court decision undermines the basis from which the FCC uses to protect and empower consumers on the Internet. Additionally, the Court’s decision makes it difficult or impossible for the Commission to implement sections of the National Broadband Plan.

I believe this framework is not strong enough to make certain that consumers have access to the content of their choosing and the Internet continues to be a source of economic dynamism. Without strong protections, broadband Internet providers will likely favor their own or affiliated content, service, and applications because they have the economic incentives and technical means to do so. This could lead to a tiered Internet with premium fast lanes and slow lanes for the rest of us. We can’t afford to let this happen if our nation is to achieve the important broadband goals put forward in the National Broadband Plan.

And my reply was:

In your email to me of Nov 7 you listed all the reasons why you support the Internet Freedom legislation currently being presented. What you have failed to grasp is that all of these things you see as problems can and will be solved naturally using free market principles if the government will get and stay out of the way.

I use a torrent client for data transfer. I just spent 12 days waiting for Sprint to solve a slow data stream issue. This is not something I see the need for the government to interfere in.

I have the ability to use my customer dollars to leverage my internet service provider’s quality of service. I do NOT need or want the government establishing any rules that change the interaction between me and my service provider.

What you are supporting is bad legislation. You think you’re helping and you aren’t. You’re increasing the grasp of government and interfering where interference is not needed.

So many of our liberal congressmen fail to grasp the value of a truly free market.  They see what they do as helpful and beneficial with no real understanding how the free market system works.  We need more Friedman and Hayek and much less Keynes.  I’m not holding my breath.