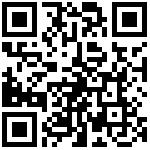 Equal protection under the law

Would someone please tell Representative Sheila Jackson Lee that our constitutional “equal protection under the law” does not mean everyone is entitled to the same health care coverage.  It was written to ensure everyone was treated identically judicially.

It always ticks me off when politicians misapply the constitution to support their arguments for enlargement of government.  It makes then appear crooked, if not stupid.  You would think they would wise up.

When I posted the above I was listening to arguments on HR2 on CSpan.  I’m still listening and Representative from Texas, Sheila Jackson Lee has done it again.  All I can do is roll my eyes at this woman and her ignorance/lack of education.  She’s now equating constitutional liberty to Government mandated health care.  This woman has no clue.  She really needs to read the Federalist Papers so she truly understands the Constitution.  The twisted interpretations she’s citing don’t even reside in the same state as the Constitution.

Now it’s the next day and one of the news blips I get daily had an article about Sheila Jackson Lee’s slant.  It looks like I’m not the only one noticing her liberties with interpretation of the Constitution.