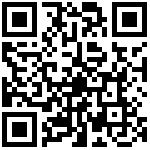 This letter went to President Obama, Maria Cantwell, Patty Murray and Jaime Herrera-Beutler today.  My expectation is that, of the four, only Herrera-Beutler is going to understand, agree and take the appropriate action.

I don’t want to send you the pre-formatted letter sent by many using FreedomWorks connector.  I will take the time and use my own words to express how distressed I am by our developing welfare state, the unhealthy growth in government and the profligate spending taking place in Washington DC.  Our close emulation of Greece lets me use the classic “it’s a Greek tragedy”, but that small joke is the only upside I can see to the current mess we are in and that’s a very sad thing to say.

Today’s focus is on the EPA’s latest train wreck of regulatory excesses which portend rising energy costs that will further forestall this country’s recovery.  The EPA is basing it’s regulatory ideology on the assumption that global warming is real and man caused and the citizens of the US are the world’s worst offenders.  This is a distressingly unrealistic set of assumptions based entirely on pseudo-science.  The IPCC has much to answer for in this matter, though I find the Scientific Journal nearly equally as culpable.  Please, take the time to look at ALL the research from scientists who are actually in the field of climatology.  Not all climatologists agree about global warming.  Not all climatologists who believe in global warming think it is man made.  To categorically state all scientists agree there is global warming and that it is man made is patently false.  Global warmists are trying to regulate a gas we breathe out.  Without CO2, plants can’t thrive, trees can’t grow.  More CO2 means plants grow more vigorously and more people can be fed a healthier diet.

It doesn’t take a rocket scientist to understand what the new and proposed EPA regulations will do to our society, to our country and to our lifestyle.  I join with FreedomWorks to urge you to support legislative efforts to stop EPA’s latest regulatory over-reach.  I agree with FreedomWorks, it is a train wreck.

And if you need further proof that the EPA’s regulatory path is a bad idea, remember what raising energy costs will do to those who have low income or live on a fixed income.  As the price of energy rises it will take an increasingly larger percentage of the poor’s available funds.  Rising energy costs equal a decrease in the poor’s standard of living.  Anything you do that facilitates, even passively, the increase in energy costs will be most acutely felt by the poor.  This is a much greater threat to the poor than anything done to reform entitlement programs.