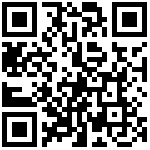 by Nori
Categories: Government, Politics, Social networking, Wising up
Tags: No Tags
Comments: Comments Off
ken n 1: range of what one can know or understand; “beyond my ken” [syn: cognizance] 2: the range of vision; “out of sight of land” [syn: sight]

For some reason beyond my current ken, I expected more from SCOTUS today on their ruling on the constitutionality of the Affordable Healthcare act.  To say I’m disappointed is vastly understating my current state of mind.

I, as a common and lowly citizen (the non-military equivalent of the impecunious subaltern), expected a greater level of intelligence and economic/free market savvy from SCOTUS.  I think, for those of us displeased with the ruling, while slow in accepting that the supreme court is imminently fallible, find this as additional impetus to do more to get our government pared back to within the confines of the constitution.

It seems the Tea Party and supporters of Ron Paul increasingly feel the same way, tired of status quo politics, fed up with broken campaign promises and dedicated to a mission to replace those politicians who are unable to see and hold the line on big government.  November’s coming and it’s going to be interesting.