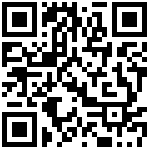 Apparently Bernie Sanders is advocating a free bachelor’s degree for all and someone on Laissez Faire Capitalism posted a mocking cartoon.  I took exception to Bernie Sanders’ socialistic thinking and posted this:

This is so interesting. It speaks to a complete failure to understand economics and the mechanics of supply and demand. The question regarding training for jobs is also apparently not being properly considered. Fascinating. I think this is actually willful stupidity, not lack of intelligence. If people want jobs they need to seek training that would make them suitable for jobs. Free education is worth exactly what the student pays for it . . . nothing. If they don’t work for it, struggle for it, PAY for it, they don’t value it. Proof of this is the number of unemployed with liberal arts degrees. Come on Barnie. Quit being deliberately stupid.

René Robichaud is apparently feeling abused and used and posted this.

I’ll tell you what really worths nothing. Poverty. Working your ass off for years saving enough money to go to university and trying to live in this economy. Taking loans coming out of university with no work experience, having a hard time securing a liveable wage, having to pay more than 50K+ in debts trying to survive on a salary paying debts for a good portion of your life with an interest rate going to a crooked system of banks based on world debt and indentured servitude to the upper class. Not everyone is in the same boat. Education should be equal for ALL CLASSES, it could be paid through a common tax for everyone to have the same opportunity to get an education based on what they want to do (poor and rich alike). The struggle of the people to meet ends is not viewed as an opportunity for economic development anymore, but as an act of self-preservation and slavery to a system of debt.

Rene, you are SO wrong. If you make bad choices and end up in debt, that is YOUR problem. It should not be MY problem or anyone else who works hard and makes GOOD choices. The concept of indentured servitude to the upper class is a socialistic ideology that is warped at the core. It’s the “I am a victim” meme of the weak, stupid and lazy. If you have trouble living on the wage you make make the changes that FIX IT instead of blaming someone else for your inadequacies. You are NOT entitled to the product of the labor of others. Education CANNOT be equal for all classes because that is not how things work in real life. The product of a couple of low income and low intellect cannot achieve what the child of hard working intelligent people will. To dream they can is self-deceiving and not helpful. If you WANT something, stop whining and start working to make it happen. Be smarter, be stronger, work longer and harder and make it happen. Stop expecting others to make you something you desire but aren’t willing to work for.