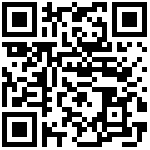 I’ve written about a number of issues I feel are vital to the health of our country and the furthering of the ideals of freedom fostered by our forefathers.  We are in a struggle for the very life of those principles.

The current big fight between freedom and bloated government is Congressman Paul Ryan’s Path to Prosperity budget.  The Ryan budget has garnered lots of Chicken Little “the sky is falling” rhetoric that is blatantly false.  Dubbed “Mediscare”, the tactics are working on those who get their news from the mainstream media and don’t look beyond the goal of the people advocating disaster.  I need you to look beyond that rhetoric and take the time to truly understand what Ryan’s budget is designed to accomplish.

We can save and strengthen Medicare but it requires getting the government out of the health care business.  Ryan’s plan puts Medicare on a sustainable path for those 55 and younger while preserving the benefits of current seniors.  I, personally, am on the cusp in the plan change from government coverage to vouchered health care.  I am praying I end up on the vouchered health care side so I can fully control my health care needs.  I watch the struggles my mother goes through to work within the government’s system and I truly want no part of it.

I am continually amazed at the overweening hubris of those who think the government can do anything better than the private sector.  History, even recent history, has proven the government is neither as thrifty nor as efficient and legislation can have the opposite of the intended effect when the government decides to intrude into the free market.

I am very concerned that some of our political representatives, while vociferously decrying Ryan’s plan in rhetoric that is both misleading and false, have failed to offer any alternative that will keep Medicare solvent.

Let’s get health care out of government control and back into the free market where market forces can reduce the cost and increase availability.  Government recycling of the taxpayers’ money in programs that are bloated, inefficient and misguided.  Let’s push to get us headed back to the nation our forefathers envisioned.

I’m asking you to support Congressman Ryan’s plan.  Let’s get government cropped back to those tasks the government was originally intended to perform.  Providing health care is not one of the jobs.