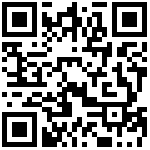 Arguments for the Fair Tax

I have long been a supporter of the Fair Tax.  I think it will do tremendous things for our country.  What frustrates me about the Fair Tax is the way I hear it described.  Instead of listing the key points of the Fair Tax, they muddy the water.  That is SO not helpful.

The Fair Tax is really very simple.  Income, payroll, inheritance and gift taxes go away.  Instead of being penalized for making money, hiring employees, inheriting money or being gifted money, residents of this fair nation would be taxed on how they SPEND their money.

Put another way, you can make all the money you want and the government will not stick their hand in your pocket for their perceived share.  If, however, you buy that new BMW or luxury yacht, you’ll pay tax to the government.  Get a custom house built or buy a new house?  Yeah, you’re gonna fork over.  Buy a used car, used house, used boat?  You don’t pay.  The Fair Tax encourages frugality and thrift.  It encourages companies to do business by removing the road blocks the tax code imposes on them.

If you’re wondering how the government can afford to function when they don’t have their hand on your paycheck/inheritance/etc., don’t worry.  The Fair Tax is a “revenue neutral” plan.  That means the government will get just as much money as the current grotesquely complicated tax plan, but it will just do it with much less overhead.  The Internal Revenue Service agency will be drastically reduced in size, possibly saving as much as a billion dollars over the current tax code.  The amount of money saved by businesses and private individuals is enormous, in excess of what the change in tax code will save the government.

Just so we’re clear, if it’s a Federal Government tax on anyone or anything, it’s going away.  The change in tax code will remove the need for an agency to enforce our current massively complicated tax code.  The mechanism for collecting tax is hugely simplified and is transferred to the Treasury.

So here’s the goal of the Fair Tax, “to promote freedom, fairness, and economic opportunity by repealing the income tax and other taxes, abolishing the Internal Revenue Service, and enacting a national sales tax to be administered primarily by the States.”

Here are the reasons I support the Fair Tax.

Congress finds further that the Federal estate and gift taxes–

Congressional Findings Relating to Repeal of Present Federal Tax System- Congress further finds that the 16th amendment to the United States Constitution should be repealed.

Works for me!  Let’s repeal the 16th Amendment and get Fair Tax working for us.