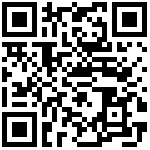 This great bit of knowledge came from Andy Rooney.

As you walk up the steps to the building which houses the US Supreme Court you can see near the top of the building a row of the world’s law givers and each one is facing one in the middle who is facing forward with a full frontal view … it is Moses and he is holding the Ten Commandments .

As you enter the Supreme Court courtroom, the two huge oak doors have the Ten Commandments engraved on each lower portion of each door.

As you sit inside the courtroom, you can see the wall, right above where the Supreme Court judges sit, a display of the Ten Commandments.

There are Bible verses etched in stone all over the Federal Buildings and Monuments in Washington , D.C.

James Madison, the fourth president, known as ‘The Father of Our Constitution’ made the following statement:

Every session of Congress begins with a prayer by a paid preacher, whose salary has been paid by the taxpayer since 1777.

Fifty-two of the 55 founders of the Constitution were members of the established orthodox churches in the colonies.

Thomas Jefferson worried that the Courts would overstep their authority and instead of interpreting the law would begin making law an oligarchy the rule of few over many.

How then, have we gotten to the point that everything we have done for 232 years in this country is now suddenly wrong and unconstitutional?

I laud Mr. Rooney for reminding us of our foundations.

It is said that 86% of Americans believe in God. It is very hard to understand why there is such a mess about having the Ten Commandments on display, ‘In God We Trust’ on our money, having God in the Pledge of Allegiance or having symbols of our nation’s founding faith used to honor fallen soldiers on public lands.

We’re at the point we need to tell the 14% who are raising such a fuss to Sit Down and SHUT UP!!!  The majority rules and they are NOT the majority.

I believe in the value of the church, in the importance of religion and in living by the Ten Commandments.  I am an agnostic leaning atheist.  I do not see these ideologies as being mutually exclusive.  Religion and living by the Ten Commandments is the moral foundation of our great nation and should continue to be the moral compass of her citizens.  I do not believe we should be removing these symbols of the foundation of our nation.  I’m siding with Australia’s Prime Minister’s view on immigrants.  If you aren’t able to behave in accordance with the 10 Commandments and you can’t speak English,  adapt or get out.

Personally, I have no time or patience for anyone who cannot respect the foundation of our country and the religion it was predicated on.  I guess I’m still working on that “turn the other cheek” lesson.