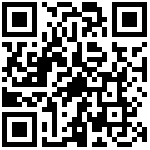 On Facebook this morning was a post about a woman with brain cancer who got caught up in the whole Obamacare mess, lost her coverage and in the mess that ensued, died from lack of treatment.  There have been a number of things on Facebook lately that flipped my switch, this was just one.  Thus this post . . .

A system, administration, party or individual which puts the collective over the individual will never be bothered about a few cracked eggs. You see this in the avocation of abortion and in the promotion of systems that cause harm to individuals in a quest to caretake the masses.

If we sit back and allow ourselves to be taken care of, what happened to this woman is a natural extension. Remember the poem attributed to pastor Martin Niemöller (1892–1984) about the cowardice of German intellectuals following the Nazis’ rise to power and the subsequent purging of their chosen targets, group after group.

First they came for the Socialists, and I did not speak out—
Because I was not a Socialist.

Then they came for the Jews, and I did not speak out—
Because I was not a Jew.

Then they came for me—and there was no one left to speak for me.

If you continue to allow the government to get bigger and bigger, to further reduce out freedoms and rights, it’s on YOU when they come for your rights and freedoms. Get a grip, people