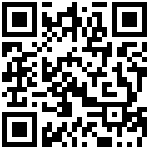 Heritage Foundation has a new spin-off that could prove to be powerful and vital to the health of our country.  Heritage Action is producing a grass-roots effort to “guide” (influence) legislators into doing the right thing for our country and its citizenry.   They integrated a PopVox app which allows those interested to provide feedback to their legislators.  I submitted two directives this morning and have heard back from Maria Cantwell so far.

On government spending I sent this.

Government overreach is crippling our country.  During the past decade, Washington has increased spending by more than 50%, building tentacles into areas in which it does not belong. In the 2010 election, voters like me told Congress to listen to the people and stop both spending and government overreach but the only cuts in spending occurring are illusory future “spend less” pretend cuts that aren’t actually cutting spending or reducing the size and role of government.  I, personally, expect more for you as my legislator.

I expect you to support actual spending cuts that include removing government agencies with inappropriate and/or ineffective government overreach.  A prime example, the government cannot cost-effectively move mail.  Why hasn’t the postal service been moved to the private sector where the free market can control the cost?  The government has no place in this area and cannot do it efficiently.  This is just ONE example of government overreach and the ineffectiveness of same.

I want wasteful programs cut.  I want my legislators to push for reduction in government overreach to cure our nation’s deficits.  Government has no place in health care, transportation, energy or education.  Government bloat has GOT to go.  I expect you to work toward that goal.

On the disaster fund and deficits I sent this:

Our deficit is high enough. Additional spending for disaster relief must be offset with other spending cuts.

I’m doing my part to communicate my expectations to my legislators.  Are you?

I watched a ReasonTV interview by Nick Gillespie.  Penn Jillette was the interviewee and he is a very interesting man.  My quote of the week came from that interview and is “I don’t think there is anything you can do more insulting than acting like you know what’s best for someone else.”  I’ve always seen him as a very smart and informed libertarian.

I’ve downloaded Jillette’s new book “God No’ and have added it to my reading queue.