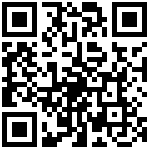 Romney, Abramoff, Greece and the Euro

Greece and the Euro are in the midst of crashing.  If you want to know if big government socialism works, take a look at Greece.  Their socialist President is the guiding hand behind the Greek slow moving train wreck and it will negatively impact economies around the globe.  This will include the US.  And the even worse part is, we’re using a credit card to pay credit card debt.  If you don’t already know that doesn’t work, you haven’t ever handled personal finances.  Government finances are no different and our government is preparing to assist in bailing out Greece by borrowing money from China.  You and I are the ones who will have to pay it back, so that’s our money being throwing into the economic hole that is the Euro.  I hope you’ve got a ready supply of cash available to you (not in a bank) when things start to get really sticky.  If our government doesn’t pull their head out soon, you will need it.

Jack Abramoff’s got a book out.  I don’t know if you remember who he is.  In 2006 he was a lobbyist who was convicted of mail fraud and conspiracy and he went to slammer for four years.  The good news is he took a lot of others down with him.  His book is a “name names” look at his time as a lobbyist.  The reason I mention Abramoff is because he’s naming names and highlighting the corruption.  Our tax system fosters corruption.  Our expanded government fosters corruption  At some point the citizens of our once fine country are going to rise up and pull the plug on the mess that is Washington and we’ll get our country back.  The Fed, Fannie and Freddie have GOT to go.  If we can get the Fair Tax passed it will remove the tax code as a corruption vector and give a boost to our economy the likes of which have never been seen before.

And finally, I’m offering some advice on vetting future political candidates.  If they won’t swear to remove at least one overreaching government agency during each term they are in office, don’t vote for ’em.  They aren’t prepared to do what needs to be done in Washington so there’s no point in sending them.