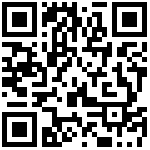 A Breath of Fresh Air in Journalism

Every Sunday morning, I typically hang out on the couch and watch the TV show of the same name, Sunday Morning. I got into this habit years ago when Charles Kuralt was the show’s host. This morning, Sunday Morning featured journalist, Tina Brown, who many know, but I did not. Anytime an editor or publisher pops on the boob tube, it catches my attention as I am a small publisher/editor myself.

Tina Brown has a newly launched blog, The Daily Beast. Curiosity got the best of me and so I logged in for a peek. It is much like reading a news magazine or the daily newspaper. In reading her pages, an article she wrote caught my eye: Palin’s Second Act. In this media-frenzied political climate, I just had to read this particular entry. I was pleasantly surprised by its content. In my opinion, I think that Ms. Brown has hit the proverbial nail on the head in her opening paragraph, “If one more Republican grandee or neoconservative bigwig endorses Obama, his campaign will collapse under the weight of counterintuitive adoration.”

Ms. Brown’s blog is truly refreshing, even though time will tell as it is so very new, just having launched earlier this month. Not that I need validation for my own viewpoints, her article about Palin paints a much different picture than nearly all of the other editorials we’ve read lately. I, too, have grown tired of Palin being blamed for McCain’s demise in his run for the U.S. presidency. Palin has grit that I have not seen in Obama, let alone Biden. Yeah… where’s Biden in all this rhetoric? But this is not about Biden. This post is about a journalist who paints a much different view about the McCain-Palin ticket. A refreshing picture and one that I wish more would embrace.