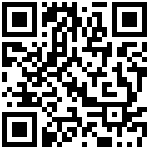 Here’s the problem as I see it. Because those who knew the global cooling/warming/climate change science was massively flakey didn’t have a platform to express their horror/dismay/disbelief at the complete crap going into reports like the one produced by Michael Mann, the IPCC and other “we want to manipulate you, cost you money for an exaggerated/made up cause and be complicit in the death of hundreds of thousands in poor countries who can’t easily afford let’s-make-life-easier energy” groups, we’re stuck with people who actually believe the crap like the attached generated by Columbia University. (I don’t *think* that was a run-on sentence but it *is* ridiculously long.)

If this doesn’t cause you to shake your head, get your panties in a twist and piss you off all at once, you haven’t been following the debacle that is “anthropomorphic climate change”.

So, every time we come across climate science that prognosticates disaster we need to push back, name names and point the finger at the person or persons who ran with bad science to ridiculous extremes.

The Sky is Falling Friday Part 1: Study: Aircraft Will Have More Difficulty Flying Because Climate